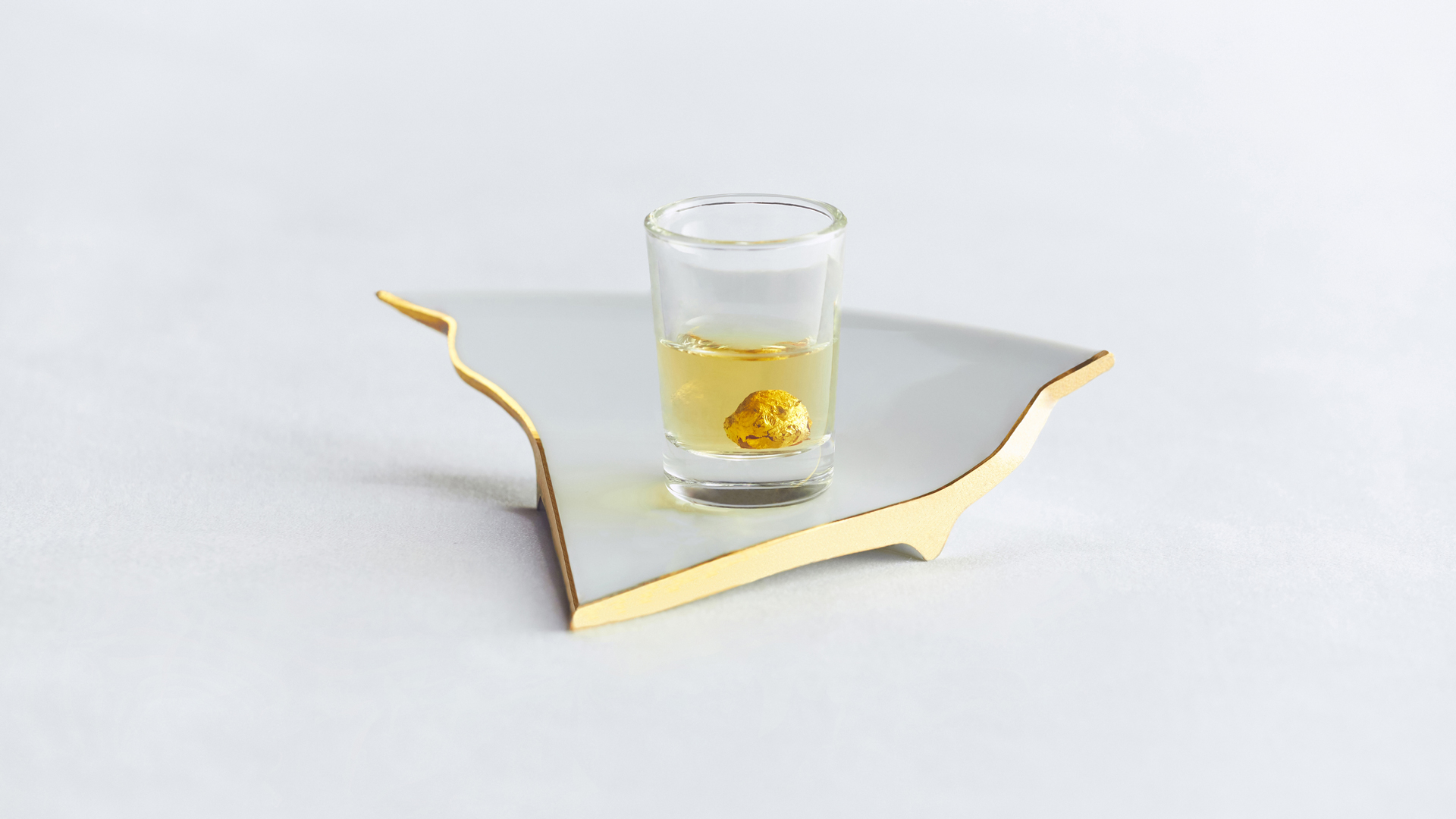 Thank you very much for your kind interest in reserving the table with Karmakamet Conveyance.

Our menu may contain nuts, fish sauce, chili, gluten, and other allergens.
Please check with us before making a reservation if you have any food allergies or special dietary
needs as not all ingredients are listed in our menu.

To provide the Karmakamet Conveyance experience, all our recipes need to be highly precise,
and they cannot be altered. If you wish to cancel the reservation, please do not hesitate to contact us. 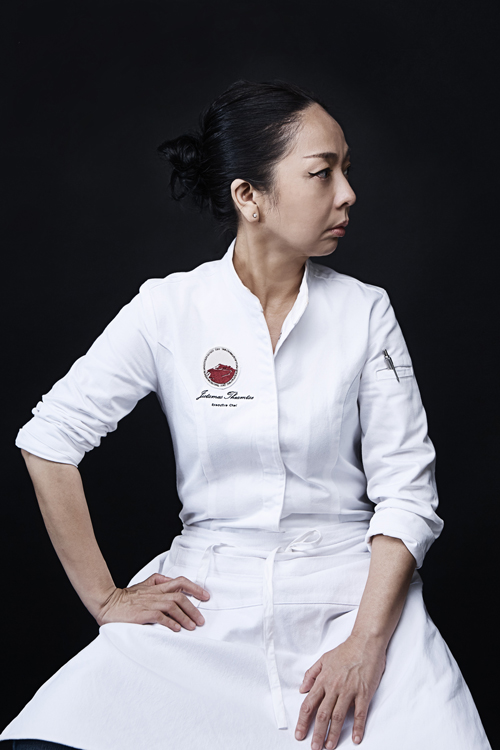 “LIKE A PAINTING AT A MUSEUM, WHEN YOU REALLY LOOK AT IT AND ABSORB IT,
YOU EXPERIENCE IT IN YOUR OWN WAY, WITH YOUR OWN INTERPRETATION,
THIS IS USING YOUR VISUAL SENSES TO STIMULATE THE ART, BUT IN THIS CASE,
WE USE TASTE AS A FORM OF EXPERIENCING ART.”

Some trips in life are about destinations. Others are about learning along the way. The journey of Chef Jutamas “Som” Theantae, familiarly known as Som, is as much about discovering the world as it is about learning about herself, and sharing her generosity with others.

By her own admission she was a spoiled young woman who led a life of parties and friends. She also knew she wanted to have a restaurant one day and with one of those friends who would go on the create the Karmakamet brand, she made a promise to realize that dream. “I really loved eating,” Chef Som explains, adding that she was very independent. “I'd even go out alone. I wasn't afraid to go to a restaurant and open a bottle of wine.”

But before the dream of the restaurant could become a reality, Chef Som decided to travel the world. She went to India, as much for the challenge of living without the creature comforts of home as for her art studies. She spent six years there and graduated with a diploma in lithography. It's where she started to cook. “I didn't know how to cook at all, I only knew how to boil,” she recalls today. But she used her free time to learn from Indian and western friends. Ingredients were meagre and utensils were spartan, requiring ingenuity to give the food flavor. Her sense of taste grew. “I'd cook every evening, just for the sake of inviting friends.” She worked on her art and her food, but also recalls the loneliness of being far from home.

With her degree in hand, she tried her luck in America. “I tried to have exhibitions in New York and San Francisco,” she says. “But it didn't work out.” In San Francisco, she turned her attention to her passion for food, beginning at the very bottom of the restaurant business. “I started scrubbing grills,” she says. (The first thing she bought for her first restaurant was a washing machine. “Nobody should have to wash with bleach barehanded,” she observed.)

She worked her way up through some of the city’s most critically acclaimed restaurants, learning about local produce, classical technique and the importance of creativity as she went. A dinner at Thomas Keller's French Laundry was an epiphany. “I didn't even have a good evening,” she says, an oblique remark about her dining companion that night. But the food left an indelible trace. After that dinner, she knew that she wanted to make food that created powerful emotions.

Though she values her time in San Francisco and how she grew as a cook there, she remains tight-lipped about the personal disappointment except to say it made her stronger. She found herself back in Thailand, honing her skills in hotels and restaurants, in Bangkok, Chiang Mai and Samui. She launched successful projects and learned more about the nuts and bolts of the business.

She also found a passion for sharing her knowledge as a teacher at the respected Vatel School of Hotel Management. Not just a teacher and mentor for others, she also learned about the importance of passing on her experience, a cornerstone of her kitchen today. “I learned to be with kids,” she says of her time in the classroom. “I had to learn to be kind and give away my knowledge.”

The dream with her childhood friend became a reality when Karmakamet Diner opened in 2013. Today with Karmakamet Conveyance, Chef Som completes that dream, creating a space that crystalizes who she is as a chef and as a woman. Karmakamet takes the diner on a journey of flavors that opens the diners' eyes and palate, transporting them to new experiences.

“If you compare it with art it's like oil painting. You put layers after layers. And that's the taste you have in your mouth.” Despite her references to art, Chef's Som food isn't empty esthetics. “Appearance doesn't have to follow trends. The world is too much about appearance and that bothers me. It has to be honest. And that's true for everything in life.”

It's that honesty and desire to share that drives Chef Som today. Her journey of happiness and heartbreak, discovery and pleasure of the senses is one that she conveys to you today, through her dazzling menu at Karmakamet Conveyance.